How does age affect your cat’s behavior 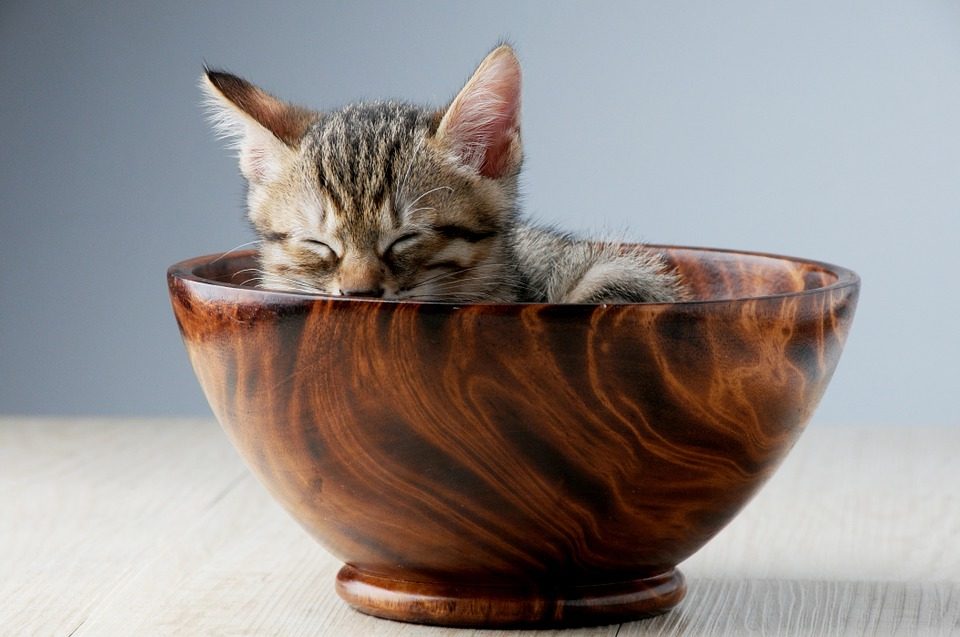 This might surprise you. Just like human beings, cats have behaviors that are unique to individual cats. You might have seen a range of cat behavior; from bold and aggressive to reserved and gentle. There is also such a thing as cat behavior problems! They have issues too: personality issues, moods swings… Just about any human behavior problem you can think of has a cat behavior problem counterpart.

What is the meaning of cat behavior?

Cat behavior is defined by a combination of things such as cat body language, cat communication, play, grooming, hunting and so on. It is basically the specific reaction of a cat to certain stimuli. There are many factors which affect cat behavior such as age, gender, cat personality traits and environment of the cat’s breeding.

In this instant, however, we would like to focus on cat’s age as a factor affecting domestic cats.

What is cat age and how it affects its behavior?

Cat age is simply how long a cat has lived since its birth. The average lifespan of a domestic cat is around 15 years (outdoor cats tend to live a lot less because of the various threats and dangers). The lifespan of a domestic cat as an individual, however, depends on the cat’s diet, exercise, and general cat health. A healthy and well taken care of the cat can live up to 20 years and even over.

Just like human beings, a cat goes through life stages during which the cat behavior meaning changes to suit the expectations of the cat stage. The 6 domestic cat’s life stages from birth to old age are following: Kitten, Junior, Prime, Mature, Senior, and Geriatric.

A cat of 0-6 months is referred to as a Kitten. It is a stage at which the cat grows very fast and is not mature sexually.

A kitten usually exhibits cat behavior similar to human babies, toddlers, and preschoolers – they are playful explorers at this age. They see everything as a toy, especially balls of thread. Your cat will communicate its feelings through distinct meows and tail movements which indicate pain, curiosity, excitement and other feelings.

The cat behavior problem exhibited by a kitten is usually leaving a trail of destruction in its environment.

HM tip:
It is best to understand your little explorer cat at this stage rather than attempting to discipline it. This way you will get to know your cat’s personality. Avoid frightening your kitten to interrupt destructive cat behavior such as scratching and tearing at furniture.

A 6 month to 2 years old cat is referred to as the junior. During this cat age, the cat grows into full size. It also learns skills that enable it to survive independently. It is likened to puberty in human beings. Junior might test your boundaries quite often around the house.

The cat behavioral problem that junior may exhibit is unpredictable moods. You will feel like you are dealing with a moody teenager. One moment something gets junior excited, the next moment junior does not care about it. Your usually outgoing kitty may become aloof quite often during this time.

HM tip:
Make sure your active four-legged friend has plenty opportunities (toys, etc.) to do, otherwise, it might find an unpleasant alternative from the owner’s point of view.

Prime is a 3 to the 6-year-old cat. This stage is the equivalent of human aged the early 20s to early 40s. It has a sexually mature body and is quite skilled and energetic. Prime is usually at the best of his appearance which serves for attraction to the opposite gender. A 3 to 6-year-old cat is usually self-conscious and may need some privacy on the litter box. It is still a playful and energetic bunch at this stage.

The behavioral problem you may experience with your cat at this stage is aggression.

HM tip:
It is important to teach those who handle your cat not to tag and pull on it, or do other things that cause your cat irritation because of the aforementioned reason. Also, consider the cat’s privacy needs concerning the litter box.

When your cat reaches 7 to 10 years, it is referred to as “mature”. It is the equivalent of a human being in the mid-40s up to mid-50s. Your cat at this stage is usually calm and mellow. It is as though the cat is content with life and no longer the restless bunch it was at its prime stage.

The cat behavior problem you may notice, however, is that it may have trouble handling stress. Your companion may not be as patient with irritants as it was before.

[su_sapcer]
HM tip:
Give your companion a calm and comfortable environment, and it will be the most blissful creature in the world. 🙂

Senior is your 11 to 14-year-old cat. Its sexual activity has greatly reduced and the cat no longer exhibits aggressive behavior. Senior is the equivalent of a 70-year-old human being. Naturally, senior is much less energetic than it was and may sleep more.

Senior has one cat behavior problem – it can be quite irritable! Your dear companion may not be able to tolerate the most playful children. It reacts in a cranky manner, probably because of the many age-related cat health issues it may be experiencing such as arthritis.

Geriatric has reached its sunset years. The cat is the equivalent of an 80-year-old human being now. It is quite slow at this point. Your companion may also not react to the favorite toys as it used to because its memory has deteriorated. The cat may avoid some of the games you used to play together because they might be physically agonizing to him, too.

Geriatric has his share of cat behavior problems. The cat is not keen on grooming itself because it no longer has the energy to do it, and also it cannot reach its body parts like he used to.  The cat may either become overly sensitive to stimuli such as sound, or it may not react timely to them because its sensory organs have deteriorated.

HM tip:
Keep your Geriatric comfortable by providing a comfortable bed in a quiet environment with your cat’s familiar toys. Do not hassle it to play; allow the cat to be itself.

There are cat behaviors which are common across all ages. Common cat behavior is usually a functional behavior which has a purpose. For example, scratching at surfaces is a way to sharpen claws and is exhibited by cats of all ages.

Although there are certain traits for certain stage in cat’s life, you must take into account their own individuality and personality. And as surprising as it may be, cat behavior can, in fact, be very similar to human behavior as well.

Wishing you the best,
hmtip team