The great debate: Do dogs dream? 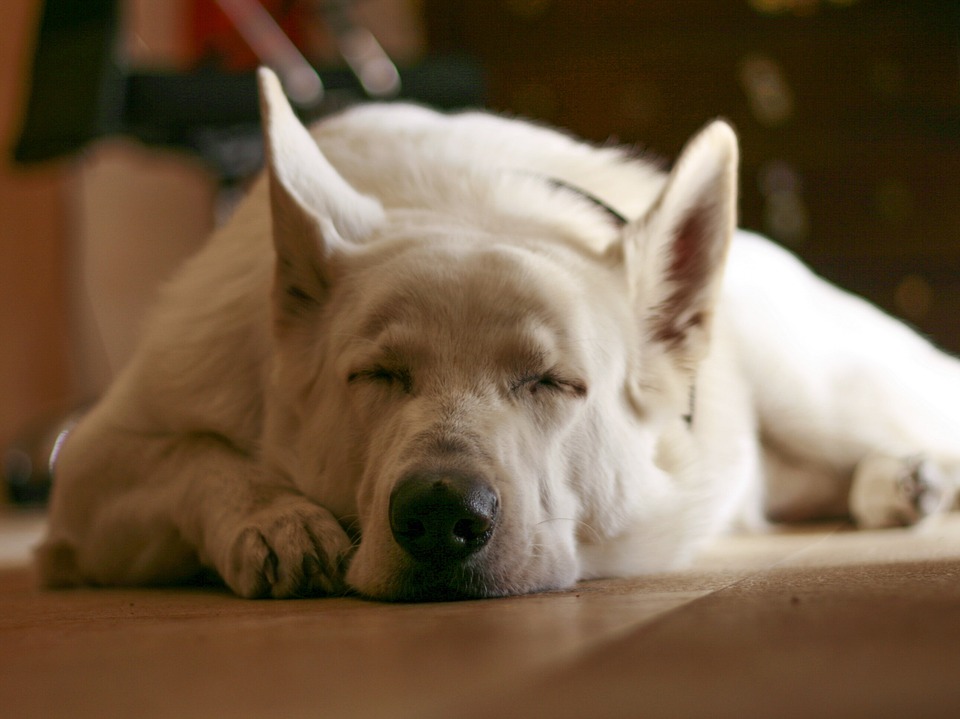 Dogs definitely tend to sleep more than humans – some records show 14 hours on average per day. Because of this, and because we’ve grown so fond of these beings by considering them part of our family and best friends, it’s only normal for human’s inquisitive nature to start wondering and ask whether these lovely creatures actually dream. And if they do, what do dogs dream about?

Now, you’ve probably heard of the study of 2001 when scientists at the Neuroscience Research Center of MIT recorded the brain activity of rats while they were sleeping. The results showed that their brains during REM period (rapid eye movement when you can have the most vivid dreams as your brain is most active) were working in a way that undeniably suggested dreaming. It is known that a lot of the dreaming you do at night is associated with the activities that you did in daytime. The rats displayed similar brain activity during REM sleep as they did when they were performing some sort of task in daytime. This suggests they replayed the memories of the task they had just performed.

All this research suggests that dreaming is common amongst mammals. That obviously entails our dearest companions – dogs. You have probably noticed that at some point in their sleep, your four-legged friend has made leg twitches, growled, or snapped as if they had just seen a ghost. Well, those are signs of some vivid movie playing in their brains. And know that it’s absolutely normal.

We already mentioned the phase of rapid eye movement which is common for both humans and dogs. There’s also this non-REM phase (which can be divided into more stages). As for the dogs, they enter REM-phase approximately 20 to 25 minutes after the start of the sleep. This REM session would most likely last just a couple of minutes but would be very noticeable by the owner or another observant – the breathing becomes irregular and some sudden or strange movements or sounds may follow. A professor from the University of British Columbia, Stanley Coren, has also stated that twitches of muscles are more likely to happen for young puppies and older dogs. The reason is that part of the brain stem called the pons is responsible for paralyzing the larger muscles during sleep, that way keeping these fellas from acting out their dreams (the same can be said about humans). However, the pons is underdeveloped in puppies and wouldn’t work as efficiently in senior dogs.

Professor Coren has also come up with conclusions that there are more factors that are decisive when it comes to how dogs dream exactly. Believe it or not, but one of the factors is actually the size of the dog. Smaller breeds tend to have shorter yet more frequent dreams, whereas larger ones have longer yet less frequent dream periods. Even more bizarre for some might seem that type of breed comes in play as well. For instance, Dobermans might chase an imaginary thief, whereas a Boykin Spaniel might visualize a wild turkey or some other bird.

Do dogs have nightmares? What to do if they have one?

Can dogs have nightmares, too? From what we’ve outlined before, we can conclude that their sleep is in many ways similar to ours. Dogs also enter that “deep sleep”, they also experience REM and irregular breathing because of that. Although our dreams can get very abstract, overall, we do tend to dream a lot about our daily activities and experiences, and all the evidence makes us assume it’s very much the same way with the dogs.

Now, with that being said, that definitely entails something unpleasant, because although their dreams might consist of running or playing with his best buddy, you, it might just as well be something obnoxious. Distressed sounds and some troubling movement can be a sign of some bad dream in a form of some incident or trauma that’s being visualized and replayed in the brain again. Nothing hints that dogs have the capacity for such wild imaginations as we humans do, therefore, their dreams and nightmares are more like recordings of different events and experiences from their day. Sometimes, the action of the dream can date back way longer, too. This suggests the event has had a strong impact on your companion, either good or bad.

And yet, you shouldn’t panic yourself when seeing such distressed movements and hearing strange sounds. After all, it’s not like they can afterwards explain to you the events and meaning of their dream. Sometimes people judge these movements and sounds way too imprudently.

HM tip:
One serious consideration should be taken into account. Do not attempt to wake him up by approaching and touching him as this can result in an unpleasant surprise for you – your loyal companion might just as well snap and bite without thinking. Instead, if you’ve decided to wake him up, please call your companion’s name gently – several times (and gradually louder) if necessary.

Now, as canines experience the same stages of electrical activity as humans when unconscious, we can be quite sure their sleep experience is rather similar, too. Of course, their motion pictures may be less abstract and more mundane (for us), however, it doesn’t mean it’s not something to respect – if possible, please do not disturb your dearest friend nap without a reason when he hits the REM-stage and the screen is switched on to display a vivid vista.

Professor Coren’s and his colleagues’ foundings were quite astonishing, yet, there’s still a lot to explore. If you’re intrigued by how your pet’s mind works, Coren’s How Dogs Think: Understanding the Canine Mind is a great place to start this amazing journey of exploration and understanding of your dearest four-legged friend.

Once again, feel free to express your thoughts and ask any burning questions.